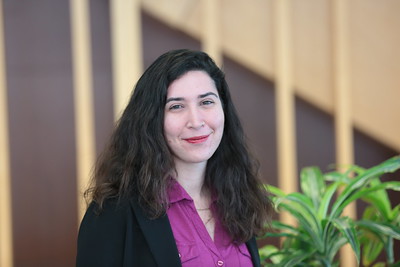 Neta Mishly is a practicing attorney focused on advocacy for marginalized communities. Over the past decade, Neta has worked and volunteered in different capacities in NGOs advocating for migrants and refugee’s welfare and rights, against deportation of families and individuals in severe humanitarian circumstances and against racism and discrimination of immigrant communities residing in Israel.

Neta holds Bachelor degrees in Law (L.L.B) and African Studies (B.A) (with distinction) from Tel Aviv University. As a law student, Neta took part in the Tel Aviv University’s Refugee Rights Clinic and was a member of the editorial board of the Journal of Law & Social Change. She co-authored a published article outlining the cultural-bias exemplified by the Israeli authorities’ examination of the authenticity of romantic relationships as part of relationship-based migration. In her last year of school, Neta took on an opportunity to be a summer intern at Harvard Law School’s Immigrants and Refugees clinical program.

Concurrently with her studies, Neta worked as a para-legal at Gabi Lasky and Partners, a law firm specializing in representation of Israeli and Palestinian activists who face criminal charges due to their political activity, both in Israel and in the military courts in the West Bank.

After graduating, Neta did an internship at the National Division of the Israeli Public Defender Office, where she worked under the supervision of Office Deputy Chief and the National Appointee on Juvenile Cases. She also continued taking part in academic work, acting as a teaching assistant in Tel-Aviv University and Sapir Academic College, in the fields of: Constitutional Law, Administrative Law, and Legal Writing and Research.

Following Neta’s admission to the Israeli Bar Association she became an associate at Michal Pomerantz esq, a law firm representing people from marginalized communities, including immigrants, refugees, prisoners, victims of violent crimes and people in poverty.