Katia Mello Dantas graduated in 2009 with a Master’s in International Development Policy from Duke University. After graduation, she became a fellow at the International Center for Missing and Exploited Children (ICMEC) and was ultimately promoted to Director of the Global Educator Centre for Excellence. She is now the founder and CEO of Educação Protegida, a consulting firm in Brazil dedicated to identifying and preventing institutional child abuse in schools and other organizations. he day I was accepted as a Rotary Peace Fellow and my journey at the Duke-UNC Center as if it was yesterday. I still cannot believe it has been nearly 15 years since this life-changing event. Reflecting back on this experience has brought up so many good memories and reminded me of the important lessons I learned.

My journey started long before the day I submitted my application to the Rotary Fellowship on June 1, 2006 (yes, I still remember the date, and all the feelings are coming back up as I write these words). It was a whirlwind back then. I had just realized that I was not fit for the career I planned as a diplomat, and with that came both an immense frustration as well as an amazing opportunity. Instead, I was working as an Assistant at the U.S. Agency for International Development (USAID) in Brazil, where I learned about the field of international aid and assistance. I found my true calling as a “defender of the weak and vulnerable”, as my family would call me.

Those were confusing days. The political turmoil generated by differences between the U.S. and Brazilian Governments on the issue of HIV/AIDS caused USAID to reconsider Brazil’s status as a priority country, which led to a complete overhaul of the agency as we knew. Despite these changes, I knew that the universe had different plans for me.

I was offered a business trip to the U.S. with Rotary – specifically, the Rotary International Group Exchange – where I met not only with passionate professionals working on HIV/AIDS, but also with many others working with different humanitarian agencies. Ultimately, I met a Rotary Peace Fellow who inspired me to try to apply for the scholarship.

At the time, I honestly did not think I stood any chance of being awarded the scholarship. Right before I submitted my application, I started supporting other programs at USAID, including the Trafficking in Persons Program and the At-Risk Youth program. This experience was a turning point for me. I could not believe that in the 21st century, we still had slavery in its most horrific form. It also appalled me to see how little of a voice children’s rights had in politics. Amidst this personal turmoil, Rotary came back to me: I had been accepted into the Fellowship! It got even better – I was selected by my first choice, the Duke-UNC Rotary Peace Center.

I was beside myself. The Duke-UNC Center had exactly what I was looking for in terms of academic development. The program offered a perfect mix of theory and practice as well as exposure to so many dedicated, giving, and engaging professionals. The other fellows at the Center went above and beyond to support me in every step of my journey, from offering recommendations of books and reading materials to engaging in inspiring discussions; from supporting me academically to offering me a shoulder to cry on or friendly advice; to guiding me on my thesis to giving me the most powerful pieces of advice that I carry with me until today.

The Duke-UNC Center allowed me to network with practitioners from all around the world, giving me the best tools and techniques I needed to be able to really think and strive to make a difference. Beyond being a life-changing event for me academically, the Duke-UNC Center helped me see my true potential and find my true calling. During my tenure at Duke, I delved deep into the study of the dynamics of violence as well as the drivers and factors that sometimes render whole communities vulnerable. Immediately following my graduation, I started working for the International Center for Missing and Exploited Children (ICMEC), where I started as a fellow and was eventually promoted to the position of Director of the Global Educator Centre for Excellence. There, I had the opportunity to work on advocacy and capacity building – first regionally in Latin America, then globally – aimed at protecting children from abuse and exploitation with a special focus on preventing and responding effectively to what we now call “child sexual abuse materials” (CSAM).

This is when one of the most powerful pieces of advice I ever received proved itself true – “You will be better off as a big fish in a small pond rather than a small fish in a big ocean” … (remember this, Phyllis Pomerantz?!). How wise was this! Being in a small, yet global, organization offered me the opportunity to work with a multitude of stakeholders and to understand child abuse from a multitude of perspectives. I also had the chance to learn from outstanding and experienced professionals in my field about the drivers of child abuse, the motivations of abusers, the vulnerability of children, the scarcity and challenges of investigators, and the bottlenecks of the justice system all around the globe. Together, we worked on missing children’s issues, which also showed me how much vulnerability of families and children, domestic violence, and adverse experiences in childhood affect our society as a whole. I learned that families are vulnerable for many reasons – because they come from areas of conflict and violence, because of their financial status, and because of inter-generational violence. We saw parents who wanted to do best by their children but who were not equipped to do so because of the same very issues that rendered them vulnerable.

It was enlightening to see so many perspectives, but after years working with law enforcement and professionals around the world, it was clear to me that more needed to be done in terms of prevention. In 2018, two years after my baby Maya was born, I started working on a project involving child protection in international schools after witnessing the tragic aftermath caused by abusers like Bill Vahey, Jack Moyer, Larry Nassar, and many other prolific abusers who found in youth-serving organizations the opportunity to abuse children.

This is where the many pieces of advice given by the Duke-UNC Center and the inspiring work developed by my very giving, brilliant, and cooperative mentor – Laurie Tasharski – came to fruition. Laurie is a fantastic and insightful human being whose work has led to the creation of a research and evidence-based training for international schools that has the potential to not only change the minds and hearts of school professionals across the globe, but also to change lives of so many children.

Inspired by Laurie, Phyllis, Catherine Admay, Natalia Mirovitskaya, Susan Carroll, and so many other amazing professionals that motivated me, mentored me, and helped me be the professional I am today, I took the leap and decided to become a social entrepreneur. In August 2021, I started a new journey as the founder and CEO of Educação Protegida in Brazil, a consulting firm aimed at supporting schools in preventing institutional abuse and supporting the prompt identification of abuse in schools with a focus on responding in an effective manner that does not re-victimize those we work with. None of this would have ever been possible without the dedication, support, and encouragement of each and every member of this amazing Center as well as the generous and innovative support of the Rotary Foundation. 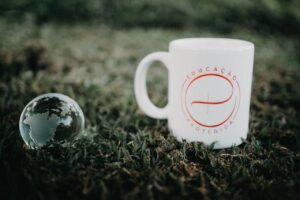 To those of you who are still at the Duke-UNC Rotary Peace Center, please take advantage of every tool at your disposal, every professional, and every teacher. Take advantage of the community you have, because together we are stronger, and together we can build a better world.